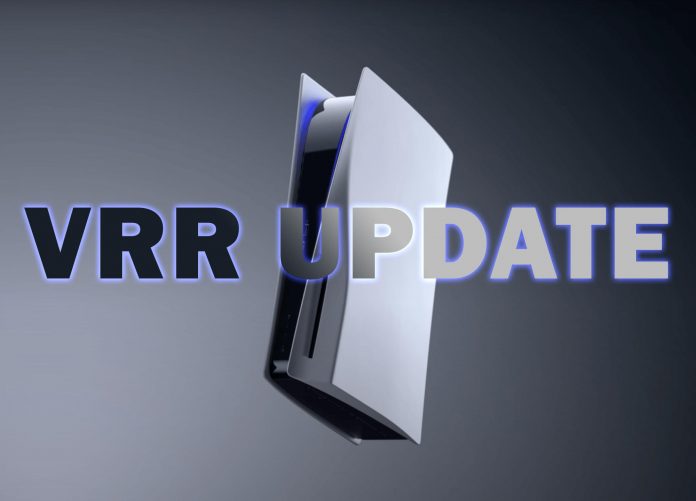 1.5 years after the PlayStation 5 went on sale, the gaming console is finally being equipped with the VRR (Variable Refresh Rate) feature. The update is scheduled to be distributed this week!

Via the official PlayStation Blog, Sony Interactive Entertainment (SIE) today announced that the PlayStation 5 will receive support for variable refresh rates (VRR or Variable Refresh Rate) later this week. Owners of a compatible TV or monitor that supports HDMI 2.1-VRR can look forward to improved visual performance. Unwanted artifacts caused by frame pacing problems, such as the tearing of the image (screen tearing), are said to be a thing of the past. The input lag should also improve. In addition to the VRR update for the PS5, the games must also be patched in order to be able to use the feature. The following games should receive a VRR update in a timely manner:

Sony also lets you apply VRR to games that don’t support it. However, Sony warns that “results may vary depending on the TV you are using, the game you are playing and the visual mode you have selected for a particular game (if it supports multiple modes).” VRR can be enabled (Automatic) or disabled (Off) in the PS5’s picture settings. There is also the sub-function that VRR is applied to said games and applications that are not yet supported. If unwanted graphic glitches occur here, the function can be deactivated at any time, regardless of the games supported.

With the VRR update, Sony is finally catching up with competitors Microsoft, who have supported VRR since the new Xbox Series X and Series S consoles (as well as the Xbox One) went on sale. Sony needed around 1.5 years (after the start of sales) for the VRR update. Now the only thing missing is the promised 8K function of the PS5, which is also prominently displayed on the sales box. There is already a first game that was rendered in 8K (The Touryst), but a native output in 8K is not yet possible.